Guaranteed you have one of these toxic habits 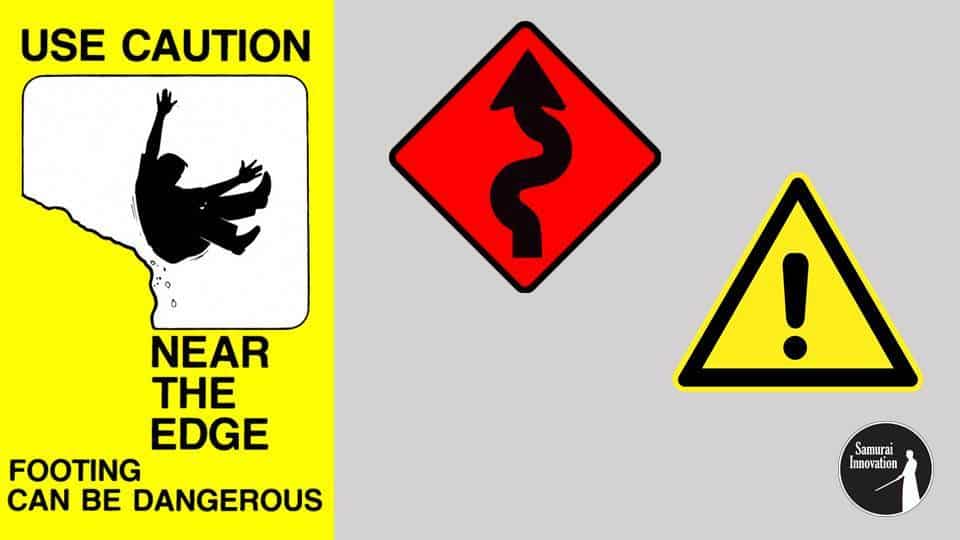 We Guarantee that You Struggle
with 1 out of these 4 Toxic Habits!

Ever get grouchy because someone else seems to be doing better than you?

Can't quite seem to stop doing this repetitive thing over and over?

That one person at the office or in your club drives you mad crazy at the thought of their name...

Checkout today's Episode 6 of Focus Friday. Within the first 1.5 minutes, we offer four great quotes from people who have rid themselves of the 4 Toxic Habits. You can too if you focus on getting these toxic habits replaced with more life giving habits.

Transcript update: Our Dojo Members have asked us for transcripts so that they can follow along. If you like this, please give a social share using the buttons on the page or leave us a comment below. The episode six transcript is found below the video. We have also added the Focus Friday Quotes in for you as well (by Dojo Member request).

All I can tell you is that you cannot make choices in your own career, either career choices or choices when you're actually working as an actor, based on trying to downplay or live up to a comparison with somebody else. You just can't do that. You have to do your own work based on your own gut, your own instincts, and your own life.

As soon as you concern yourself with the 'good' and 'bad' of your fellows, you create an opening in your heart for maliciousness to enter. Testing, competing with, and criticizing others weaken and defeat you.

I think it doesn't matter if you are the best surfer in the world. I'm going to try to be the best surfer I can be. It's not all about competing and being the best. It's more about having fun and just doing what you love.

Be grateful for what you have and stop complaining - it bores everybody else, does you no good, and doesn't solve any problems.

Are you ready to find a what these four toxic habits are? Let's jump in.

On every road you take. There's always a few signs that tell you caution of the deer might jump out at you or caution construction ahead. I'm going to give you a few cautionary things that will help you increase your awareness and with greater awareness you will make better decisions and you'll get better results from where you're going. Okay, so let's talk about the four toxic habits that every person sometimes has to deal with. You can fall prey to and sometimes it ends up you being a victim, but not you. You are going to know about it. So grab your pen. I call them the four "C's".

The first one is called competition or competing. Second is complaining. Third is criticizing. Forth is comparing.

Many years ago, I was working in some different business organizations and we had a very fierce competition in the industry and it was almost like a play-by-play where day by day, hour by hour the organization was focused on watching the competition. If they lost a customer or they lost a client or they lost a deal to the competitor, it was almost like the end of the world. There was meetings and people were yelling and screaming. It was a very negative environment. They spent way too much time watching the other person or the other competitor than spending time on thinking about how can we research and develop our products and services to be better than what we were putting out today.

I really want you to think about:
How can you be better than you?

If you or your organization does a better job of what you do in your core competency, you will automatically shine. You will automatically start moving past the competition. It's important to know what's happening down the cubicle or down the hallway. It's important to know what your competitors are doing from a research and development perspective. But then you need to at some point just push that aside and focus on your core path or your objectives and just go to work on them.

What happens next you get into this habit of complaining. Well, this is really hard. Yes, there's a lot a hard things to do. When I'm in the dojo, there is some challenging practices were I can barely wake up the next morning because I took 40 or 50 hard throws or maybe I had a joint that was twisted or I had a muscle that was aggravated and takes a couple days for that to heal. Same goes with life. There's going to be hard days.

I live in Northern Canada where we get a lot of snow here and it's cold. You just can't predict a lot of that stuff. But you have to deal with it. So it's no sense complaining, just get on with it and figure out how to move around it.

Then what happens is you can fall victim to criticizing. You start criticizing other people or criticizing organizations or companies. That just doesn't help anything. It's like sticking a knife in your leg and hoping that the other person will through osmosis or telepathy receive the pain. It just doesn't work that way. You get the pain, so it really doesn't help.

And then the comparison. When you start comparing everything that you do to some somebody else or some other organization, it's healthy to a point where you need that benchmarking or need the data to know where you stand. It's not healthy when that defines you and your goals and your path . I really wanted to give you that caution on the four toxic habits and caution you to think about that as you move throughout this year.

Again, if you have any questions, send me an email and I would be happy to talk about it with you.

Please make sure to drop us a line in the comments below.
Domo Arigato.