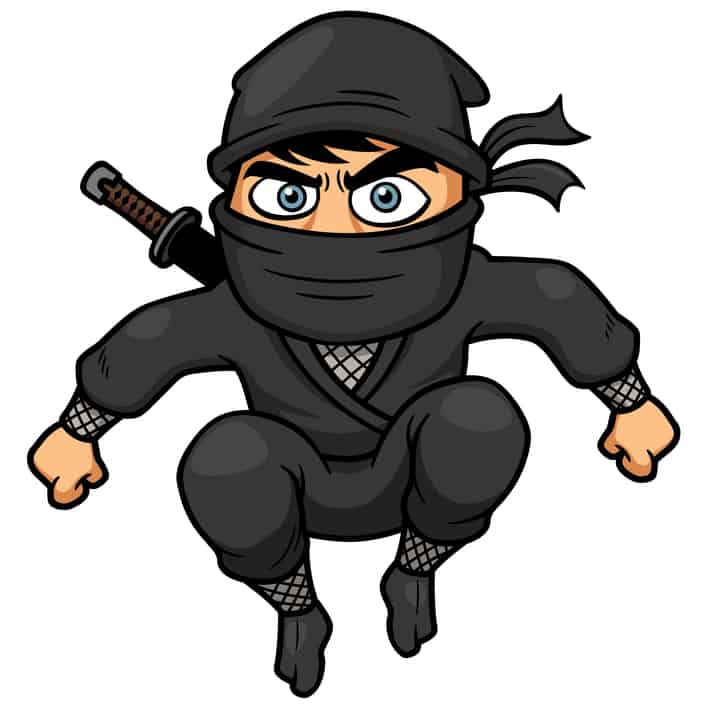 7 Ninjas That Steal Your Productivity

Let’s get into the seven ninjas. Hopefully, they’re not too scary for you. The ninja for the samurai were the enemy. They were the mercenaries, the people that were hired to go out and cause havoc. Definitely samurai would always watch for these guys. Today your productive ability and productivity levels are impacted by these modern day ninja.  See how many are present in your life.

Play the video below or continue on to read past the video.

In today’s culture you have ninjas in your life. The first one is technology creep. You’ve seen computers—I mean I’m lucky to be a part of a generation that computers was kind of this weird, new thing, but not too weird that I stayed away from it. I’ve owned everything from the old Apple II Plus to the IBM XT computer all the way up to today’s iPhone, Blackberry, tablet. You name it, I’ve done it. 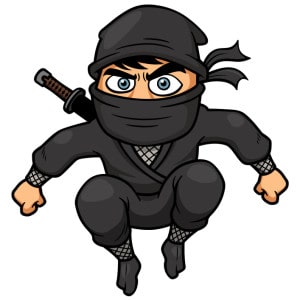 But again, you’ve got technology that can outpace what you can train it to do. It’s interesting, a while back for my parking company we bought a brand new Xerox Document Management Center. I was corrected when I walked into the Xerox office, and I said, “Yeah, we need a new scanner/copier.” They said, “We don’t sell that. We sell you a document management center.” They were very literal about it, and they were a little perturbed with me for calling it a photocopier. The great thing is that center can do so many things. It’s just amazing. But it’s taken a lot of time for my staff and me to learn how to use it. Even still till today we’re probably only getting 30% of the usefulness out of it. So you’ve got that in your life.

The second one is other people. This is probably the biggest one. How many times a day do people call you or come and stand at your office door? They’re texting you. They’re emailing you. Communication used to be fax somebody something, phone them, drive to their office and see them. Then it was email me. It’s interesting. Now I’ve got clients that I email them. I text them. We Skype; we Skype chat. We Google+; we hangout. We do all sorts of stuff. It’s just how to connect with people. But other people have a lot of demands on you, and you’ve got to figure out a way to sift through that.

Third is 3-D clutter, like I mentioned. You don’t have an organization problem. You’ve got a clutter problem. It’s getting the stuff that’s physically all around you in your office and stacked up on the floor and the pile on the desk, getting that coordinated with what’s in your head and what’s in all of your digital devices. If you can get that into one place and unclutter it that way, you’ll be a lot calmer and confident about what’s going on and you’ll be on top of it a lot more.

The next one is lost and hidden work. Really, I think there’s less than 5% of the people out there that really intentionally lose their work or say the dog ate it, but 95% of you are victims of lost work. I mean forgetting to save a file, power going out. Today’s day and age with electronics, it’s not a question if it will fail; it’s just when will it fail, and will you be the one out of 10,000 people that bought the failed unit. It’s happened to me several times in the last few years. It’s just a fact of life now.

The next one is what I call your burning mind syndrome. This is where you get woken up at 3:00 in the morning and you’re just mind boggled. You’ve got that key idea in your head. You’ve got something burning in you. You’ve just got to deal with it and get it out of your head, and you’ll feel a lot better.  Make sure you have a system for easily doing this and not forgetting your million dollar idea.

Number six is memory fatigue. I tell you, you don’t have a problem with memory. If I said to you, meet me in Toronto Friday night for dinner at 7:00 and I’ll give you $10,000 cash, I’ll guarantee that’s about all the instructions I’d need to give to you.

You would be there. You’d enjoy the dinner and then get your $10,000 and go back home and have a great time. So again, with a lot of us, I don’t know many people that forgot about their wedding day or forgot about the birth of their first child coming up. Those monumental experiences in our lives you don’t forget about. But it’s all the other little details you’ve got to get out of your head and find a way to deal with it.

Number seven is the greatest of all, hoarding. I have a really good friend, and he asked me to help him move a few years ago. When I got to his house I knew he had tons of books and magazines, and back in the day this was like VHS tapes and stuff. I got down in his basement, and there were boxes and boxes of magazines. When I opened the box, it was Popular Science magazine all the way from 1965. What a trip. I mean you open that thing up, and there are full-page ads for the three-prong capacitor. I mean now you can buy those things like 100,000 for $10 or whatever, but back then it was $3.94 apiece. It was hilarious. 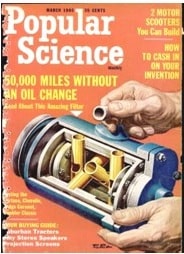 I said, “Peter, why do you have this?” Probably to him it was more a collection, but he felt significant because of the amount of stuff that he had. I think that’s really true for all of us today, but the way to get around that is to be significant by having the least amount of stuff. So if you’ve got a magazine or something that’s on your desk and it’s older than two or three months, throw it out.

Brian Tracy says that any information in a periodical older than two months is outdated and useless. Just trash it and get rid of it. I recently did that, and I took my own advice and did that to purge my office. There’s that feeling like I paid $4.95 for this magazine, and now you’re going to recycle it. But it’s just the way it is.

So again, there’s the digital arena. How many of you have hundreds, if not thousands, of bookmarks in your web browser? When was the last time you went through even five or 10 of them? Interesting thought, isn’t it? So again, you’ve got all these areas. I can’t tell you the number of times I see staff and clients and students that have maybe 90 icons on their desktop. Again, every time you look at that it just zaps your energy.

A lot of our Dojo Members say to me often, “Yeah, for sure, I deal with that stuff too.”

Being aware of each of these 7 Ninja will drastically boost your productivity levels in the coming weeks.

Leave us a comment to share with us how you overcome each ninja in your day to day work life.

See below if you missed one of the previous articles or helpful videos!

Finish Stronger Than You Started – Part 1

Speed is Perceived as Competence – Part 4

Who Should Be Part of Your Weekly Planning

Badge of Busyness – Finish Stronger than You Started – Part 2

Finish Stronger Than You Started