Do you want what you already have?

What would happen if you were to want what you already have more than you currently do?

Let's look at two people and their lives as a case study:

Have you ever had a day where two friends call you and one is an upper and one is a downer?

Here are the stories of two people you most likely know. There's a good chance that you work, play or interact with people like Barry and Gina. See if you can spot the similarities in their stories to the people you know in your daily life.

Barry woke up on Saturday morning grumpy as usual. He looked at the sun beaming through the cracked blinds on the windows of his apartment. He groaned as he tried getting out of bed after yet another late night of drinking and partying. The pain in his legs was insufferable and his knees creaked like rusted door hinges that hadn't been oiled in 20 years.

Once he got out of bed, he hit his foot on the stack of newspapers that had accumulated in his bedroom. He promised himself that he would clean up the apartment this weekend. Then suddenly, Barry noticed the eerie silence and utter stillness of his apartment. Another lonely weekend. He contemplated to himself, "Just another boring, crummy weekend. When will things get better??? "

Across town on the same Saturday morning, Gina woke up marveling at how awesome the new bed in her new condo felt. She could smell the aroma of a fresh pot of coffee coming from the kitchen. She immediately put on her slippers and danced toward the kitchen in anticipation of that first glorious sip of java. Gina was greeted by the warm smile of her husband John and their two girls. John had made Gina's favorite breakfast, and the girls were waiting for their mommy to join them.

After breakfast, Gina went out to tend to her new garden that she had just planted this spring. It was her first attempt ever at growing a garden. The leaves on the vines and shoots were springing forth with beauty. She admired the growth happening before her eyes and paused for a moment of silence to be grateful for this majestic wonder that she was a part of. 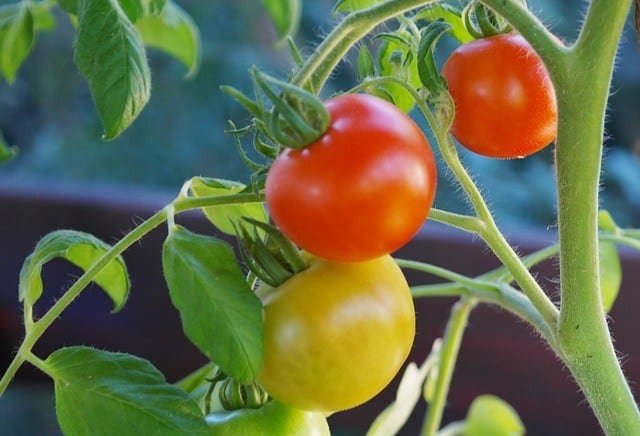 Gina went back inside and got ready for the day. She took stock of the new painting she had purchased at the discount store for $20 that brought life to the living room area. It got her thinking about how she might want to paint the walls a different color to accentuate the painting.

This was shaping up to be another tremendous Saturday for Gina and her family.

"Is this all there is to life?" he asked himself.

Would you believe that a little less than a year ago, Barry and Gina were living on the opposite side of life from where they are today?

Let’s go back in time…

Barry was living life on a high note.

He was successful at work, having earned his third promotion in five years with his company. He had a beautiful lady in his life whom he wanted to marry. Barry was never alone because he had several social invitations each week to consider.

But then amidst all the success, love and abundance in his life, Barry took a detour. Barry's thirst for success turned into a negative drive for the top. His success caused an arrogance to form in his mind. The arrogance then resulted in a decision to be unfaithful. Barry had a one night stand.

Within weeks, he lost his love relationship. Many of his friends were confused and chose to distance themselves. The alcohol didn’t comfort Barry much. This habit resulted in his company terminating Barry's employment soon after.

Then there was Gina.

Gina was living a busy life. She was aiming to be mother of the year to her young daughters. In between bedtime stories and sandwich making, Gina reviewed the latest report her assistant had prepared for her for the next big meeting. Sixty to seventy hour work weeks were the admission to success, or so she thought, and felt it to be a wise investment for the long term gain.

Amidst her busyness was that routine check up with her doctor. Gina will never forget the deadly six letters that entered her life shortly afterwards: CANCER. "You've got cancer." was the audible phrase that came from her doctor's lips like watching a movie in slow motion.

Over the next 8 weeks, Gina underwent aggressive surgery and radiation treatment. It nearly cost Gina her life. She had to give her all just to get out of bed each day and make it to her treatment only to return home exhausted and collapse back into bed again. Within 16 weeks, Gina got the “all clear” message from her doctor.

Now let’s head back to the present time.

Barry had it all and lost it while Gina is someone who battled cancer and won.

What is the difference between Gina's turnaround and Barry's demise?

One person adopted a new mental focus while the other ignored the chance to focus on a simple life secret. The secret goes like this:

"Want what you already have"

If you are living today, you are bombarded with media messages that tell you how much better your life would be if you had something more. Your life will improve if you just buy this new thing. Your life will be better when you arrive at your new home, drive your new car, take that long deserved dream vacation to the Caribbean, etc.

The goal is to get you focusing on the scarcity and lack in your life. Mass media wants to have you focus on all the tough, challenging, or seemingly ugly places in your life so that they can sweep in and save the day with the new thing that you should buy.

You are susceptible to being internally programmed to focus on the heavy side of life instead of growing your life through focused appreciation.

Wanting what you already have is an inside out process. It begins by taking stock of where you are in life today. There is no judgment here, just an honest look at where you are.

Write down 25 things you already have in your life.

Then, put yourself in an imaginary state whereby you dream of life without what you have just written down.

What would life be like if you didn't have a car? Imagine having to take transit or hitching a ride every time you want to go somewhere.

Imagine if you have a spouse and/or children what it would be like if they were gone in a flash and you became Barry. How different would life be and feel for you?

Try imagining how it would feel to look into an empty wallet or have your credit card declined again for the ninth time in a row because you have no money.

What would it be like if you only had seven days of clothes in your closet?  Imagine what would happen when your coworkers start taking bets on which shirt you will be wearing on Wednesday this week to the office?

By now, hopefully you are seeing the point. The point is that wherever you are in life right now, you have abundance. If you are able to easily make a list of 25 things in your life, then congratulations! Many people around the globe this minute would only dream of your top 25 things as a fairy tale of epic proportions compared to their existence.

Gina got healed because she started wanting what she already had instead of striving so hard for what she felt she didn’t have. Gina realized that by appreciating each aspect of her life and celebrating it, life became more meaningful for her. When she paused to give thanks throughout the day, she found that more things showed up in her life for her to be thankful for.

Barry, on the other hand, had the high life and lost it all because his appetite for more was exceedingly greater than his capacity to handle more.

You get and become more when you appreciate and care for all you have been given stewardship over in your life. It creates an attraction for more, whereby you become the magnet of abundance. The key is recognizing the abundance you already have in your life.

How do you want what you already have?

This journey starts by taking time to care for what you already have.

Instead of wishing for 10 new friends, why not spend more quality time with one friend?

Instead of wanting that new fancy car with a higher car payment, why not fix up your current car and treat it to a full interior and exterior car detail service? Driving a shiny, clean 3 year old vehicle is just as satisfying as the 3 day old car. More importantly, people take notice of how you care for the things in your life.

Why not polish your shoes more often?

Why not spend more face to face time with loved ones versus being on Facetime with them? They will remember your hugs and laughter long after your iPhone37 has been recycled.

Does your home seem too small?

Are the walls moving in on you because you keep accumulating piles of stuff?

Unless you have added a few new kids to your home, chances are you don't need a bigger home. Why not want the house you already have and do a small improvement or renovation? A few fresh colors of paint will change your home. Change out those old boring light fixtures and add in some new fixtures with better energy saving lighting while you're at it.

Change the carpet or tile to transform your home and give it some wow factor when people walk in the door. A little renovation is worth it and less costly than uprooting and moving. In the end, wanting your current home even more and improving it will show and add value the next time you do decide to sell and move. Your home might be the first to sell over your neighbor who can't be bothered to take care of his.

Why not ask your supervisor at work how you could contribute to the next big project at the office? Regardless of the task or assignment, do it with zeal and zest as if it were your first week on the job. Others will take notice of your efforts.

When you start wanting what you already have by being grateful for it, other opportunities for more will start to show up in small, almost seemingly insignificant ways in your life.

Because you are wanting what you already have, you will recognize these little opportunities with gratitude and say “yes” versus the complaining and grumpy people who pass opportunities by each day.

Look around you this week.

Want what you already have more than you did last week. Then send me am email or leave a comment as to what new opportunities came your way that you didn't expect.