How SMART Goals May Limit Your Capabilities - Samurai Innovation 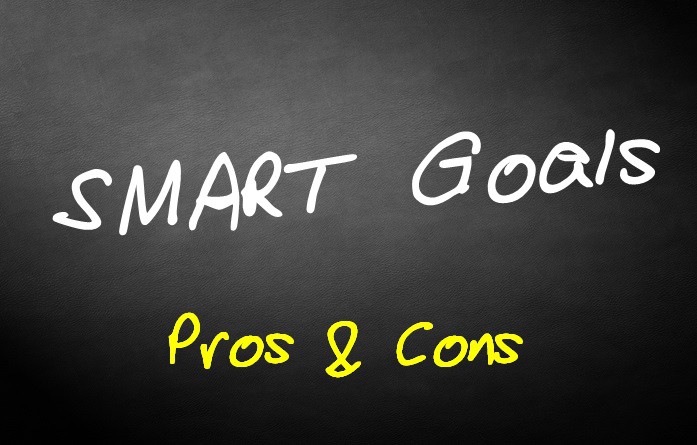 How SMART Goals May Limit Your Capabilities

Are Your Goals SMART ?

If you have attended any goal setting classes or worked in a corporate environment, someone has shown this SMART goal setting approach to you.  We support the acronym of SMART goals.  SMART goals will give you a firm basis for organizing your goal setting.  They will help you formulate tangible goals that are worthy of your time, energy and devotion.

But like everything in life, you can be too focused on goal achievement.  Today, we suggest some ways to ensure your SMART goals stay effective and helpful. 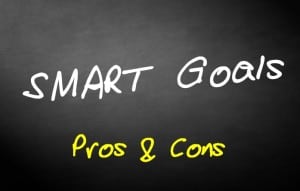 When a company provides its managers training on improving their performance, in nearly all the cases training would include explanation of SMART goals. Therefore, most of the people working in organization know what SMART stands for: Specific, Measurable, Attainable, Realistic, and Timely. There are several variations of the words that are used for the acronym, but the basic meaning of the words is same. However, teaching SMART goals to your employees is not a smart thing to do, if you want to get best performance from them in the long term.

When you are setting goals based on the SMART test, you are basically checking that statement of your goal is phrased in a correct way. However, there is no way to determine using this method that the goal you are setting is the best goal for your organization. Therefore, by applying SMART you are only able to judge that you are using right words for mentioning the goals and there is a good chance that goals would be grammatically correct and SMART; but not wise. This is like working with a spell-checker on your PC, it would only check for the words that are misspelled, but it is not able to distinguish whether the context is right or wrong.

The first term in a SMART test is to check whether the set goal is specific or not. However, there are intrinsic problems when you set a specific goal. The biggest problem is that usually you ignore other important factors in order to achieve the specifics of your goal. For example, in the 1970s Ford made Pintos as a result of their effort to make a sub $2000 car. In their efforts to reduce the cost they overlooked safety. This resulted in putting the gas tank in the car design at a position that was vulnerable to collision impact. This resulted in several claims made against the company and a loss of reputation for Ford. Going by the definition of a SMART test,  the goal set by the company was specific but they ignored other factors and got poor results eventually.

When you are using SMART test or judge whether your goals are best or not, you are effectively encouraging the setting of lower goals. The first two criteria of a SMART test are being specific and measurable, but this might result in premature satisfaction and reduced efforts.

For example, a salesman sets a goal of 5 percent increase in sales in his region and he achieves it in the set time-frame. Then a person following SMART goal strategy would applaud the salesman for reaching his target on time. However, it is important to consider that the potential of growth in the region could have been 15%, but as the salesman has achieved his SMART goal there is a good chance that he would become less enthusiastic about increasing sales. Feeling of achieving his targets would make him feel that his job is finished. Therefore, there is no-way by which a SMART test could help the salesman in realizing that the goal that has been set by him was actually less than his potential.

Problem Goals Being Attainable and Realistic

There have been researches on goal setting which prove adverse effects of setting low goals. Common research has found that more efforts are generated by setting higher goals and when the most difficult goals are set they generate best performance. However, if people start setting goals that are attainable and realistic according to SMART tests, they would set low goals in order to reach their goals. To achieve higher things in your efforts for success, it is important for you to get out of your comfort zone and set goals that are not sure winners but need your extraordinary performance.  Setting such goals help you realize your true potential.

Hello I am Umi Samurai. I am the Guardian of Productivity at Samurai Innovation. My job is to teach and share our dojo’s (training hall) very best productivity principles and techniques with you. I desire to help you grow your results and use time wisely. Please always follow these 2 key principles of great producers: 1. Start your work from a clean workspace. We keep the dojo clean in order to be able to train with each other and enhance our focus. Your workspace is like your own dojo. Working in a clean and clutter free space will give you greater effectiveness. 2. Always start from a template. Many great people have gone ahead of you. As many of my Sensei (teachers) have taught me, you too can cut down the learning time by using a template or checklist to start a project. This can save you many hours of frustration. Domo Arigato, Umi

How Do You Plan Your Week Efficiently

5 Tips To Help You Stay Focused On Your Dream

Rituals to Be Highly Productive